You are here: Home / Creative works / The Celtic Braid Cape
Previous post: It’s about the work
Next post: Reborn in Fire: Phoenix Rising 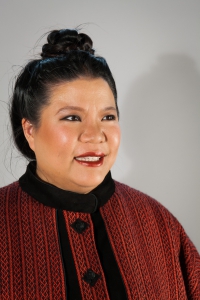 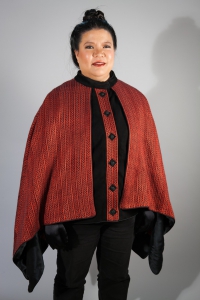 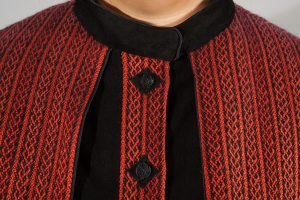 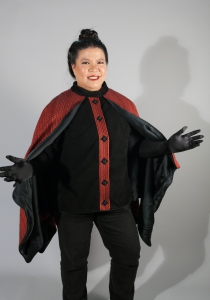 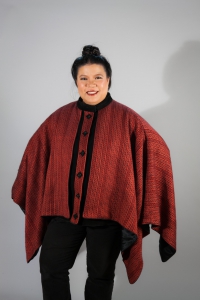 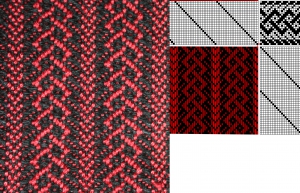 Left, the draft for the project: right, the three-strand Celtic braid draft used in the project. 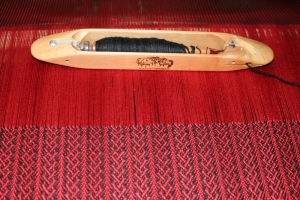 A close-up of the pattern as it is being woven. 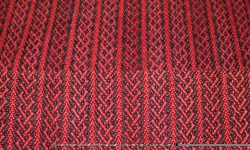 The fabric before and after wet finishing. (Wet-finished, top; unfinished web, bottom.) Notice how the lines soften and change to become more smoothly curvy! 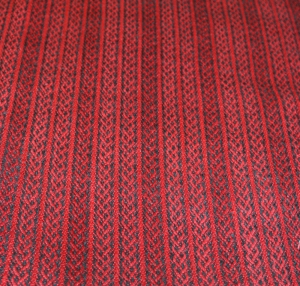 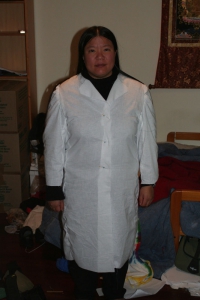 The muslin for the first coat concept. 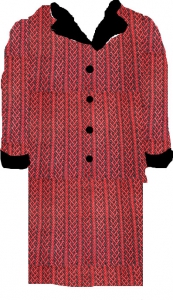 A (crude) Photoshop simulation of the coat. 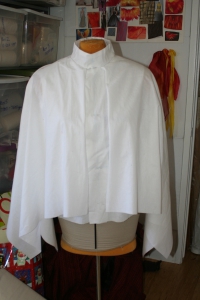