Day 3 saw us on the notorious Quadbuster, a steep climb right out of Rest Stop 2. I personally think Quadbuster is a little overrated – there are other, equally nasty, hills on the ride, especially on Day 5. But one of the great sights of the ride is stronger riders riding up Quadbuster again and again, offering help and encouragement to riders having a tough time of it.

Day 3 is historically one of the more difficult days on the ride, partly because of the large hill (“Quadbuster”) near the beginning of the route, partly because it’s the third day. Most riders train two long days in a row (back-to-back weekend rides), so their bodies are used to two long rides. On Day 3, they begin to extend their bodies beyond their training, and crankiness (and increased injuries) can result.

This year the weather cooperated beautifully, and it was a smooth and wonderful ride.

Day 3 also sees us in the small town of Bradley, where they have an annual BBQ fundraiser for their school. Hot, tasty BBQ and helping a good cause: could anything be better? 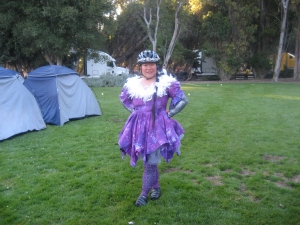 My outfit for the day. I had originally despaired over the outfit, which was a very boring white - so I scrunch-dyed it purple and added some white-and-gold feather boa, and voila! 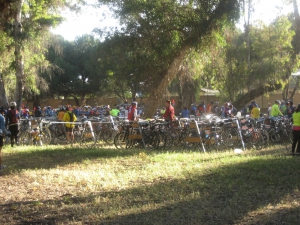 Bike parking in camp. I tried to get some representative photos of camp life, although most of my pix are from the road. 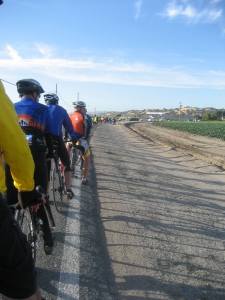 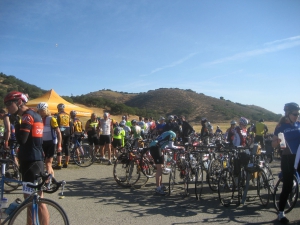 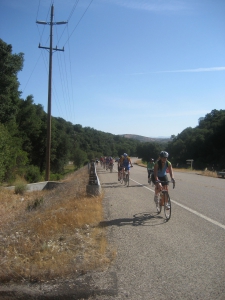 Yes, the scenery is that beautiful. 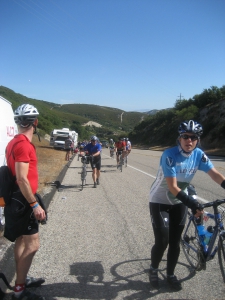 Riders cresting Quadbuster, one of the steepest hills of the route. Some walk, some ride, but we're all getting there, right? 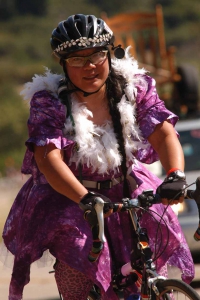 Me riding up Quadbuster. This is my favorite photo of the entire ride! 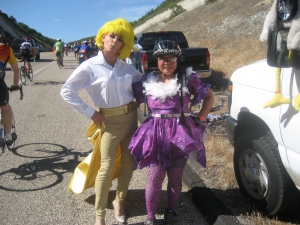 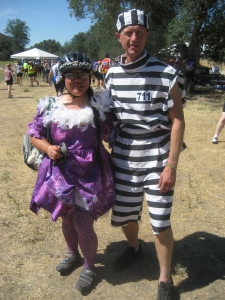 A roadie at Rest Stop 2. I think the theme was "prison". 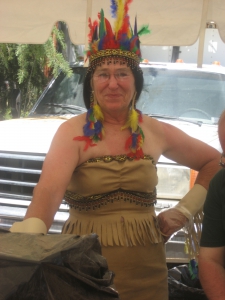 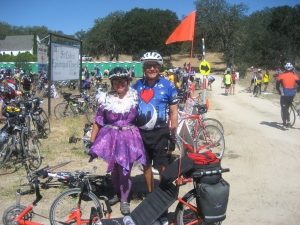 Me and Bert Shaw. Bert is an exceptionally inspiring rider - for one thing, he turned 80 this year. He rode every mile this year except for Day 2, when he had mechanical problems. Go Bert!!

Arriving in Bradley, population 300 (or thereabouts). 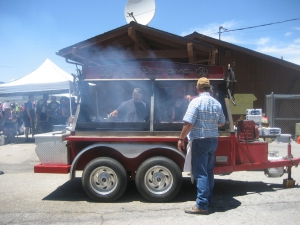 The BBQ stand. I'm not sure how many riders go with BBQ, but the line was a block long and well over 1 hour for service. I arrived too late, so skipped it. 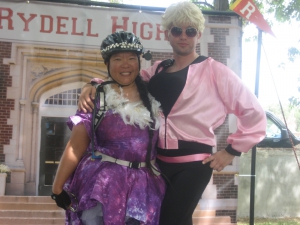 Rest Stop 4 perennially does the best costumes and shows. Here they decided to put on a production of "Grease". 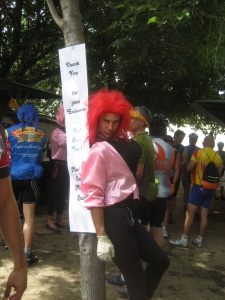 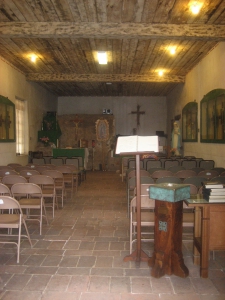 In contrast to the festivities outside, the interior of Mission San Miguel is somber and restrained. This is run by the Franciscans, and some of the brothers have ridden the ride in the past. 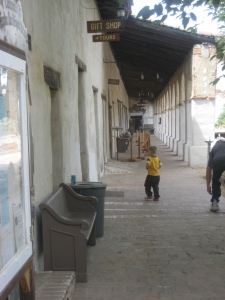 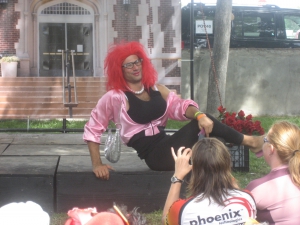 Back to the riotous fun outside. 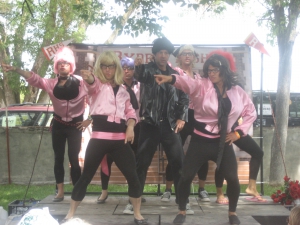 Rest Stop 4 actually did a musical production of "Grease" for us, including dance moves on a VERY crowded stage... 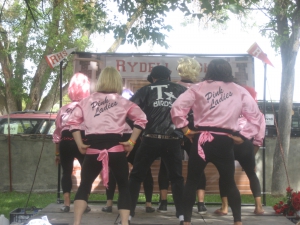 ...and their own costumes. 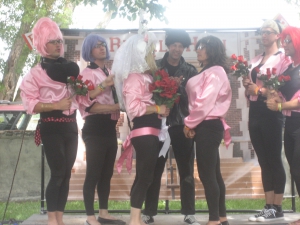 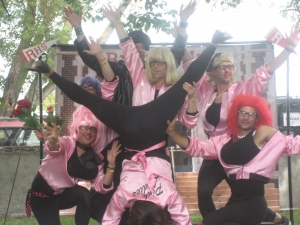 The finale. I wish I'd been able to videotape it! 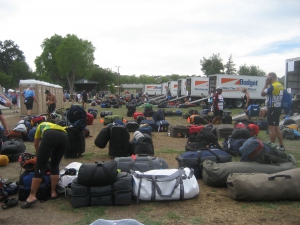 Back in camp, the piles of gear awaiting rider pickup.