You are here: Home / Travels / Cambodia / The Ruins of Angkor / People

These are photos of people and places around the Angkor ruins, including some temples where I didn’t take enough photos to justify separate pages.

Warning, if you go to Siem Reap/Angkor: the area is teeming with beggars and touts, some of whom can be quite aggressive (not dangerous, but aggressive). Be careful about starting conversations with people, as they’re likely to ask for money in one form or another. Also, prepare to be shocked…many of the beggars are landmine amputees, and many beggars are ragged children. Despite that, the people are surprisingly friendly. 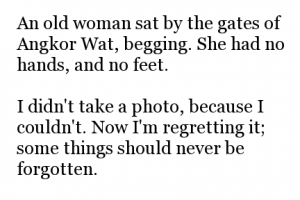 The Khmer Rouge tortured and killed over 2 million Cambodians--some directly, some of starvation. She was one of the "lucky ones"--she survived.

I don't understand how one person could do that to another...I just don't. 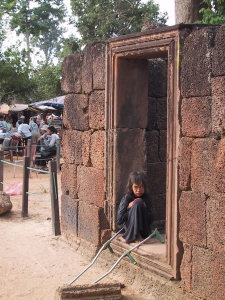 A child victim of landmines. Amputee beggars are very common in the ruins.

The U.S. is not signatory to the International Treaty to Ban Landmines --to help change this, see http://www.banminesusa.org/. 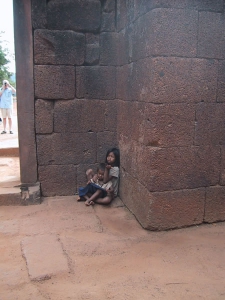 A child beggar just inside the temple gates. The average wage in Cambodia is under $1/day. 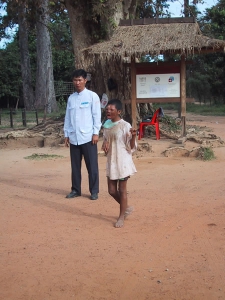 A boy with leprosy (?). His face was literally rotting away. 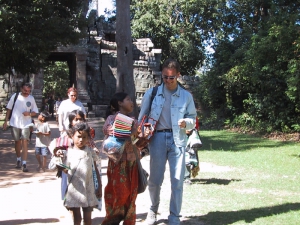 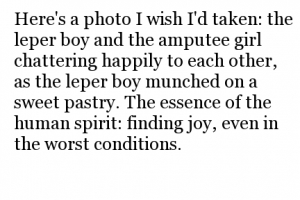 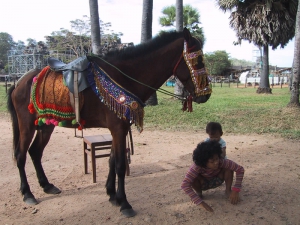 Two Cambodian children playing next to a horse, all dollied up for rides around the Angkor Wat complex. 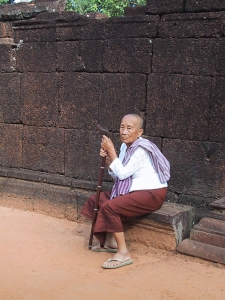 A Buddhist nun rests in the courtyard at Ta Prohm.