You are here: Home / Travels / China

In September 2007 I went to China on a Silk Road Tour with Grand American Travel, along with Mike, my mom, her husband, my brother and his wife.

For more details of my adventures in China, read my China travel blog! 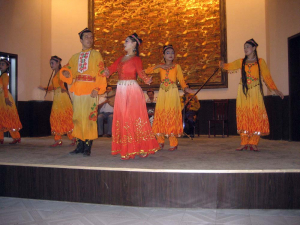 Urumqi, located in the far northwestern corner of China, is China's largest province (I think) and consists mostly of desert with two mountain ranges and a green basin in between the mountain ranges. It is renowned for its grapes, raisins, and melons - said to be the sweetest in China, if not the world. 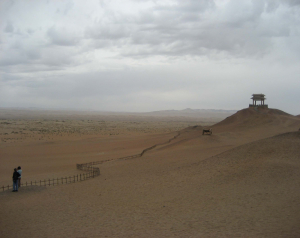 Dunhuang, a small city in the Gansu province of China, is located about 300 miles southeast of Urumqi, and is known primarily for its sand dunes (one of the biggest "drifting sands" deserts in China) and for the Mogao caves. 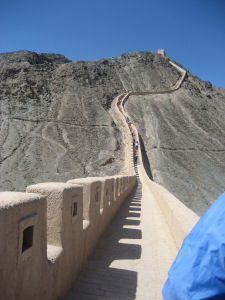 Jiayuguan, the final fortress on the Great Wall, was built in 1372 by the Ming Dynasty and is over 3000 miles from the eastern outpost of the wall (!). Surely this qualifies as one of the ancient wonders of the world! 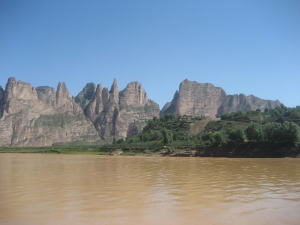 <p>Lanzhou, the provincial capital of Gansu Province, is a rather grimly industrial city in the northwest of China. Smog hangs thick in the air (not helped by the nearby mountains, which help pile the smog up onto the city). From a tourist perspective, the most interesting thing about the city is the Bingling Si Caves, another set of sandstone-carving caves not unlike the Mogao caves, but on a far smaller scale. 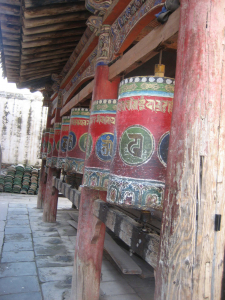 <p>Xining is the capital of Qinghai province, perhaps best-known for the Kumbum Tibetan monastery nearby. It's the birthplace of Tsongkhapa, the founder of the Yellow Hat sect of Tibetan Buddhism (there are two sects, Red Hat and Yellow Hat), and was the former home of His Holiness the 14th Dalai Lama, before China invaded Tibet.</p> <p> We stopped by the local park for a climb, then the Grand Mosque, where we spoke to a very friendly Chinese Muslim priest, then to the Kumbum monastery. On the way back, I got a photo with a yak! They are way cute.</p> 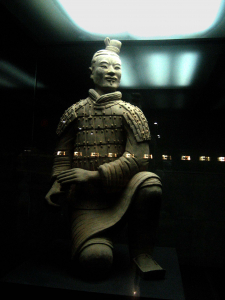 Xi'an was the ancient capital of China until the Mongols moved the capital to Beijing, where it resides today. It has a very well-preserved city wall (we walked around a good portion of it), and nearby is Hua Shan (Flower Mountain). 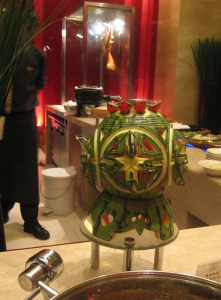 Hua Shan (Flower Mountain) in Xi'an is also an area known for its dumplings - we went to one of the most famous dumpling restaurants and were treated to a real feast. We also stopped by a lacquer store, where my mom bought me a gorgeous jade carving (see gallery).