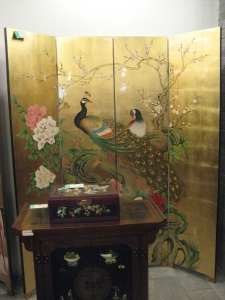 As one of an endless group of purchasing opportunities, we went to a lacquer factory, where they explained how lacquer is made. They had some gorgeous wares, which I unfortunately had no place to put and not enough money to buy...but when I get that grand House on a Hill, I know where I'm going first! 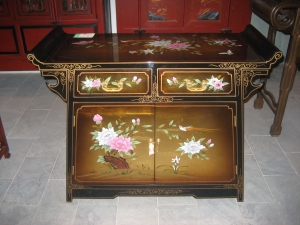 More of the (hand-carved!) jade. 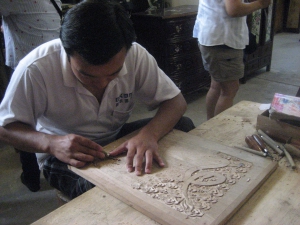 They also had woodcarvers there, for reasons mostly opaque to me. Here, a man carves a tree design. 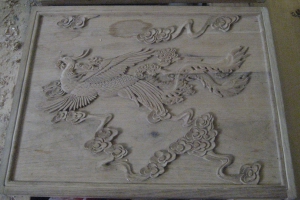 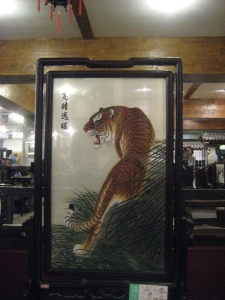 They had an embroidered tiger there as well!

(The travelingtiger stopped to say hello, of course.) 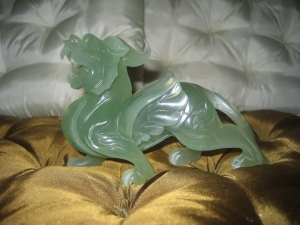 And, I really wanted this beautiful little jade carving (the photo simply doesn't do it justice), so my mom bought it for me. (Thanks mom!) 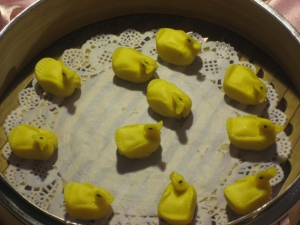 We visited a famous dumpling restaurant, and I took a bunch of photos. Here are some duck dumplings. 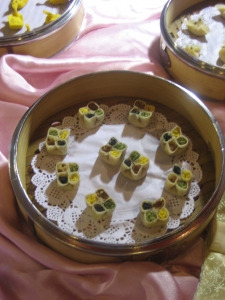 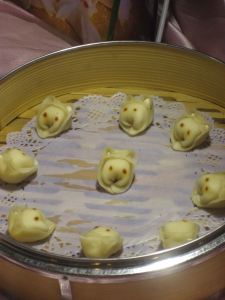 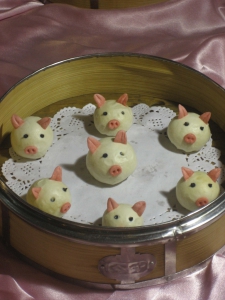 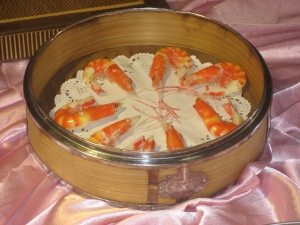 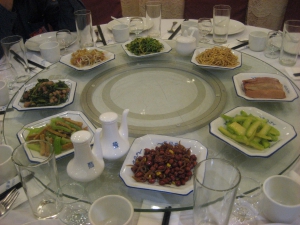 And, the table at the start of the meal (before the dumplings started arriving). 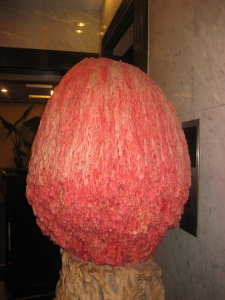 They had these weird candles at the restaurant, composed mostly of drippings.. I asked and was told that they are lucky candles...you light a taper every day the restaurant is open, and place the new taper on top of the old candle every morning. Over time, the drippings accumulate, so it gives a gauge of the longevity of the restaurant as well. 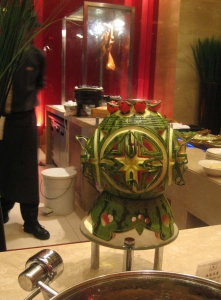 And, because I couldn't resist it, this is (believe it or not) a watermelon. Carving courtesy of the Hotel Sofitel. I was damn impressed - I took it for a lamp until I got close up.