You are here: Home / Travels / India / Around Town

Most of these photos were taken in Rewalsar, where I spent two weeks up in the caves with the meditators and nuns. Some, however, are from the road to Dharamsala (where I’m wiriting this), and a few from Dharamsala itself. I plan to put up a Dharamsala page, later. 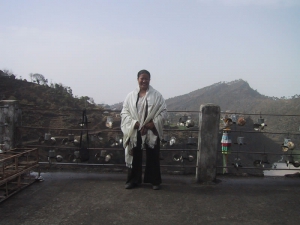 This is the top of the house/shrine, up in the caves...the mountains are visible in the background, and Rewalsar town lies about 1000m below. 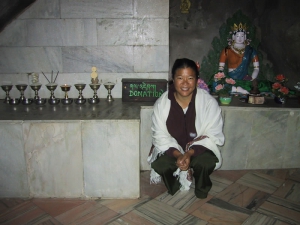 Me in the main cave. This shrine is to an Indian princess associated with Guru Padmasambhava. 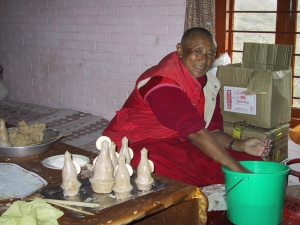 Ani Bumchun, one of the nuns/meditators, making torma for Losar (Tibetan New Year). 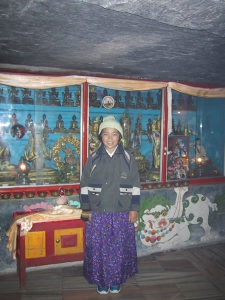 The ten-year-old girl I was hanging around with, up in the caves. 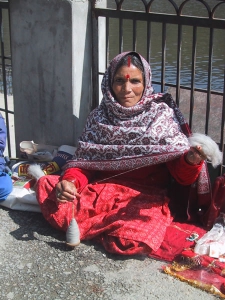 A beggar-woman, selling offerings to a Hindu god, and spinning cashmere/goat hair on a tahkli. 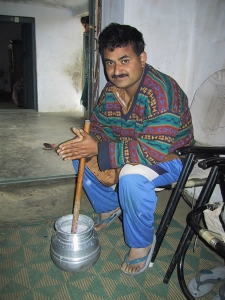 A shopkeeper invited me to stay with his family for one night...here he is, churning curd in the morning. (The family had three cows--that was the best and sweetest milk I've ever tasted.) 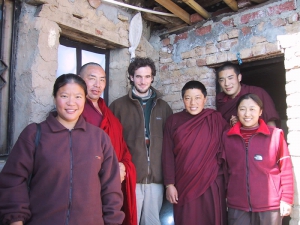 Me and some meditators/pilgrims, outside their caves... 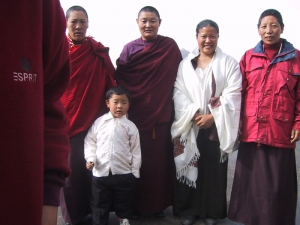 ...me with some pilgrims and nuns, up on the roof of one of the shrines. 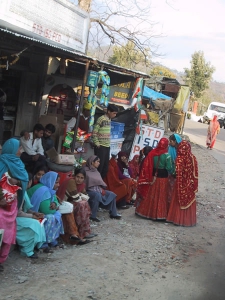 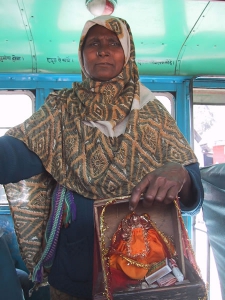 A beggar-woman who climbed inside the bus to beg. I have no idea what god's shrine she was carrying, but I gave her a few rupees anyway. 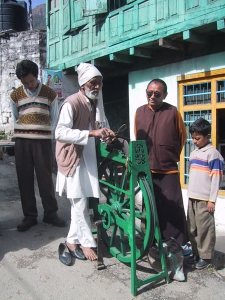 A knife-sharpener plying his trade, in Rewalsar... 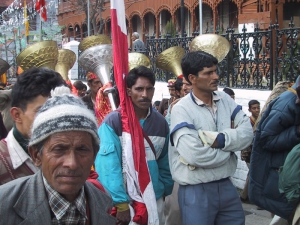 Man in a parade in Mandi. India has a lot of religious festivals, so on most days there's *some* sort of religious procession going on.