You are here: Home / Travels / Vietnam / Hue and the DMZ

Hue used to be the capital city, but was largely demolished in the war. I didn’t think much of Hue, and only stayed a few days, but I did tour the Demilitarized Zone (DMZ). There’s almost nothing left there–the tour took on a degree of the surreal at times, as an “American army base” listed on the tour itinerary turned out to be a single rusty tank by the wayside. Scavengers have taken away almost all the metal.

Hue is actually spelled with an accent over the e, and is pronounced roughly “Whey”. 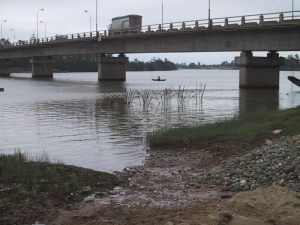 Fisherman under a bridge in Hue. This photo looks better up close. 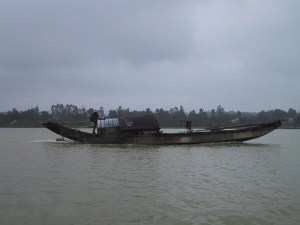 Fisherman's boat on the river. Notice the little hut in the center; that's where he and his family sleep. 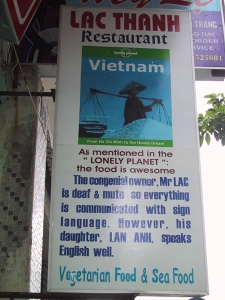 A restaurant we ate at. Very slow service, but the food is great. The owner is a deaf-mute, but great with gestures. 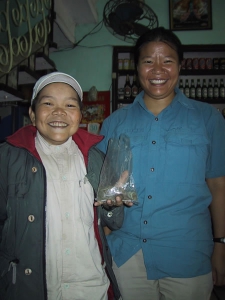 Me and Mr. Coin, who is a 34-year-old man, but with the body and voice of a child. (I thought he might have been a victim of Agent Orange, but he's too old, I think.) 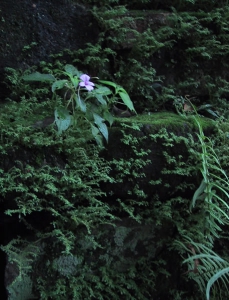 Flower growing on a tomb near Hue. Unfortunately, my camera ran out of battery power immediately after, or I would have taken more photos...it was an amazing place. 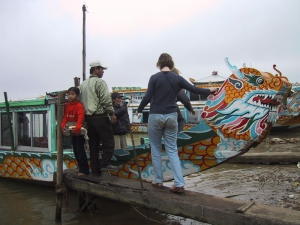 Our dragonboat, for touring the river. 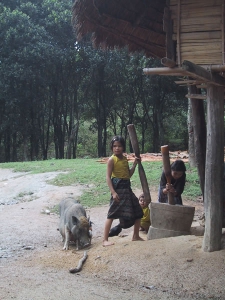 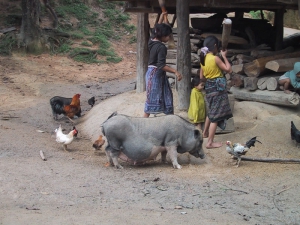 ...and all the family livestock... 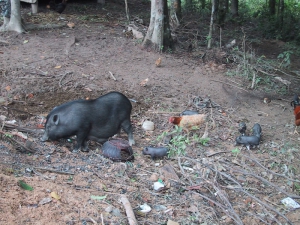 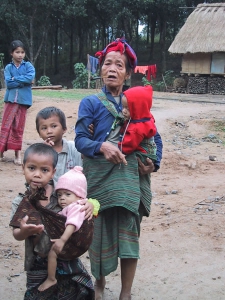 An old woman in the villages. You can't see it very well, but her teeth are stained black from betel nut, and she's got an opium pipe in her mouth. 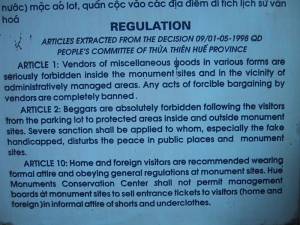 Regulations outside one of the tombs. They're alternately alarming and amusing... 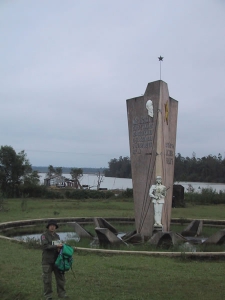 Soldier outside a memorial to the Viet Cong dead 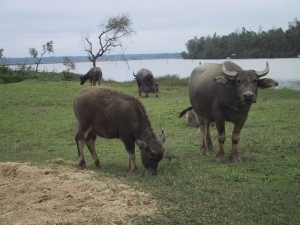 A water buffalo cow eyed me suspiciously as her calf grazed nearby. 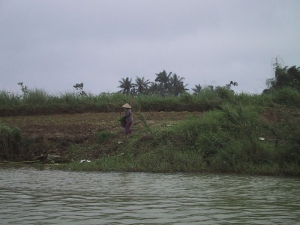 A farmworker by the river 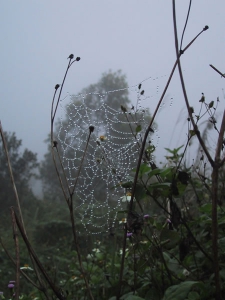 Spiderweb outside a bunker at Khe Sanh. Most of the former U.S. base has been converted into coffee plantation, but a small museum area has been preserved. 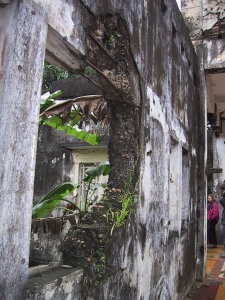 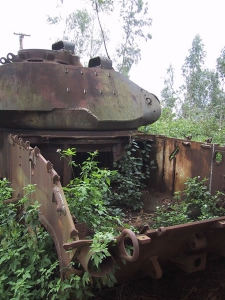 A rusty tank by the side of the road--all that's left of one of the U.S. army bases in Vietnam. Everything else has been scavenged. 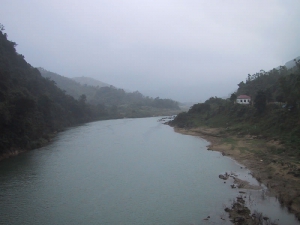 On the right is a small fragment of the Ho Chi Minh Trail; the rest has largely reverted to jungle. This is where they forded the river. Marvelous scenery, though... 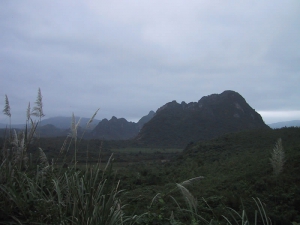 I laughed my head off on seeing this. This stop was labeled "Pile of Rocks" on our itinerary, which was funny enough in itself--hey, we're going to see a pile of rocks!--but it turns out there isn't even a pile of rocks!

In general, there isn't much left to see in the DMZ, but this was particularly funny. (The pile of rocks, by the way, was used by the U.S. as a lookout point during the war.) 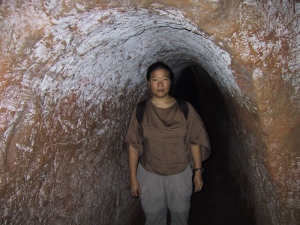 The Vinh Moc tunnels were built to house the civilian population during the war. 300 people lived in the very claustrophobic tunnels (I was the only one of the party who could stand up at all, and it was a tight squeeze even for me), and 17 babies were born here. 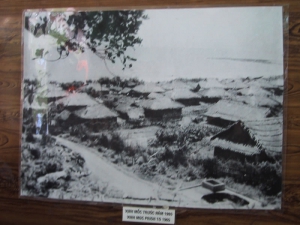 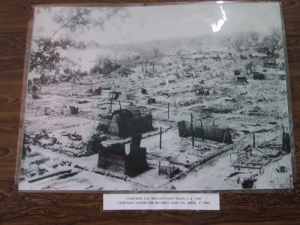 Vinh Moc after bombing. The American bombs were designed to collapse tunnels as deep as 12 meters under the surface, but the Vinh Moc tunnels went down to 30m (I think). 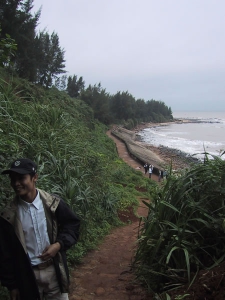 One of the hidden exits from the Vinh Moc tunnels. In the photo at left is our guide.E