Once upon a time, Day Five was “Dress in Red” day, because the route made a loop and someone thought it would be neat having 2500 riders in red making a living AIDS ribbon (seen from the air). Of course, with so many fabulous gay men on the route, it rapidly became “Red Dress Day”. I wore a little red riding-corset and a red and black petal tutu, but as you can see, I was out-fabuloused by many a rider that day. One guy even rode in stiletto heels!

Once upon a time, way back during the California AIDS Ride, there was a loop in the route on Day Five. And someone said, “Wouldn’t it be neat if the riders all dressed in red? They’d make a human AIDS ribbon (seen from the sky) going around that loop!”

So, Palotta Teamworks asked the riders to dress in red on Day Five, “Dress in Red Day”.

Of course, with so many closet drag queens on the route, it rapidly changed its character…. 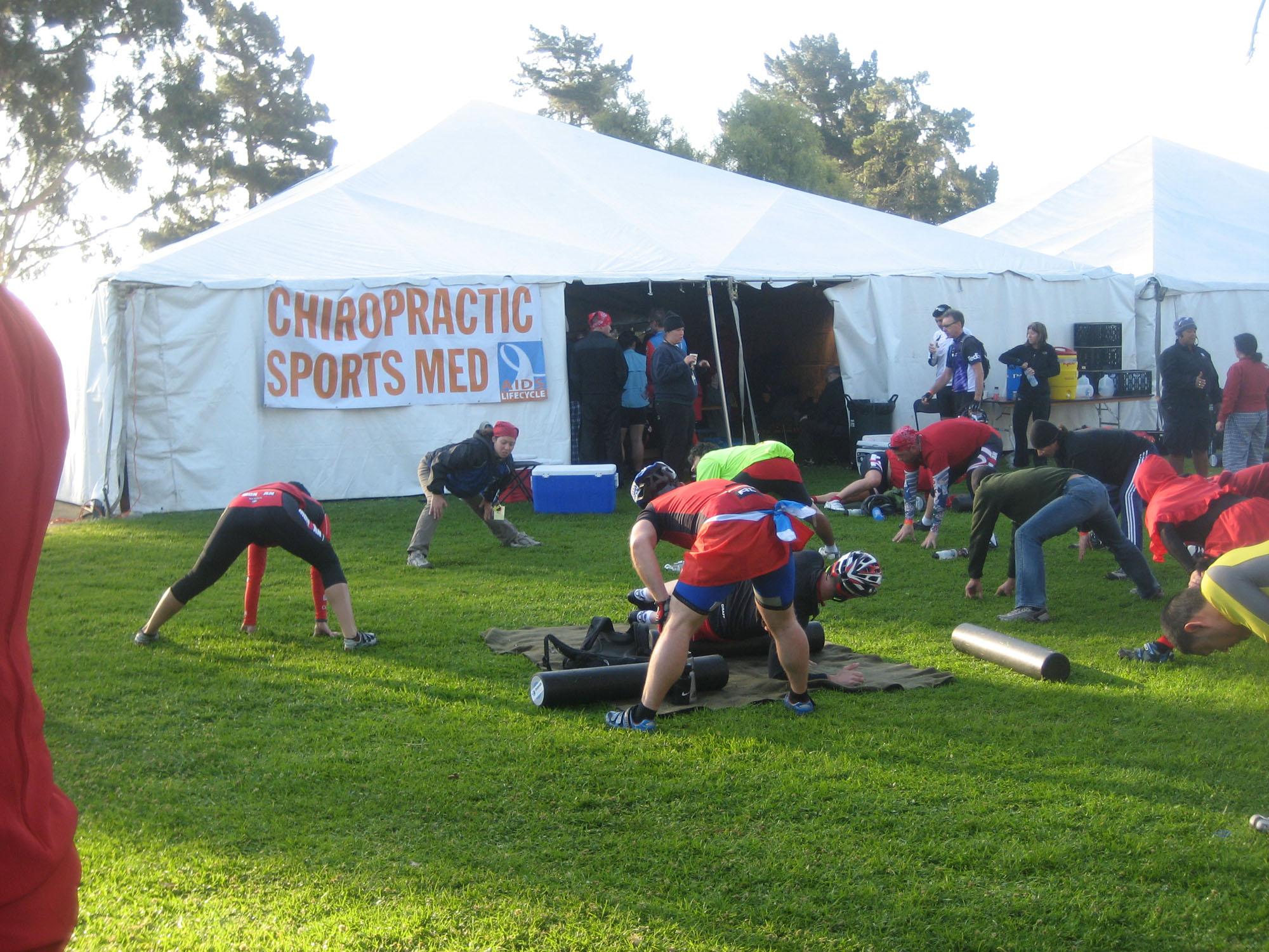 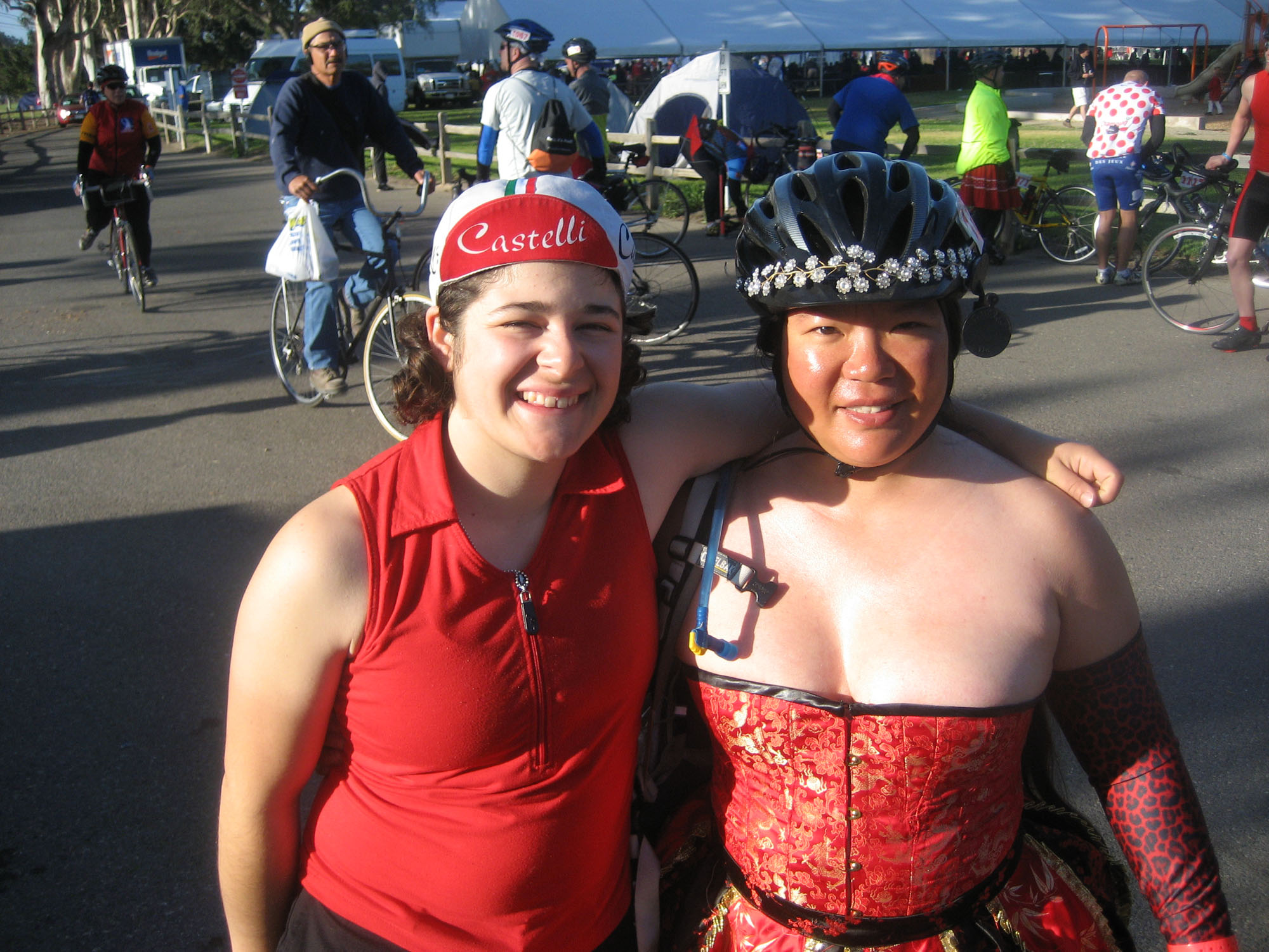 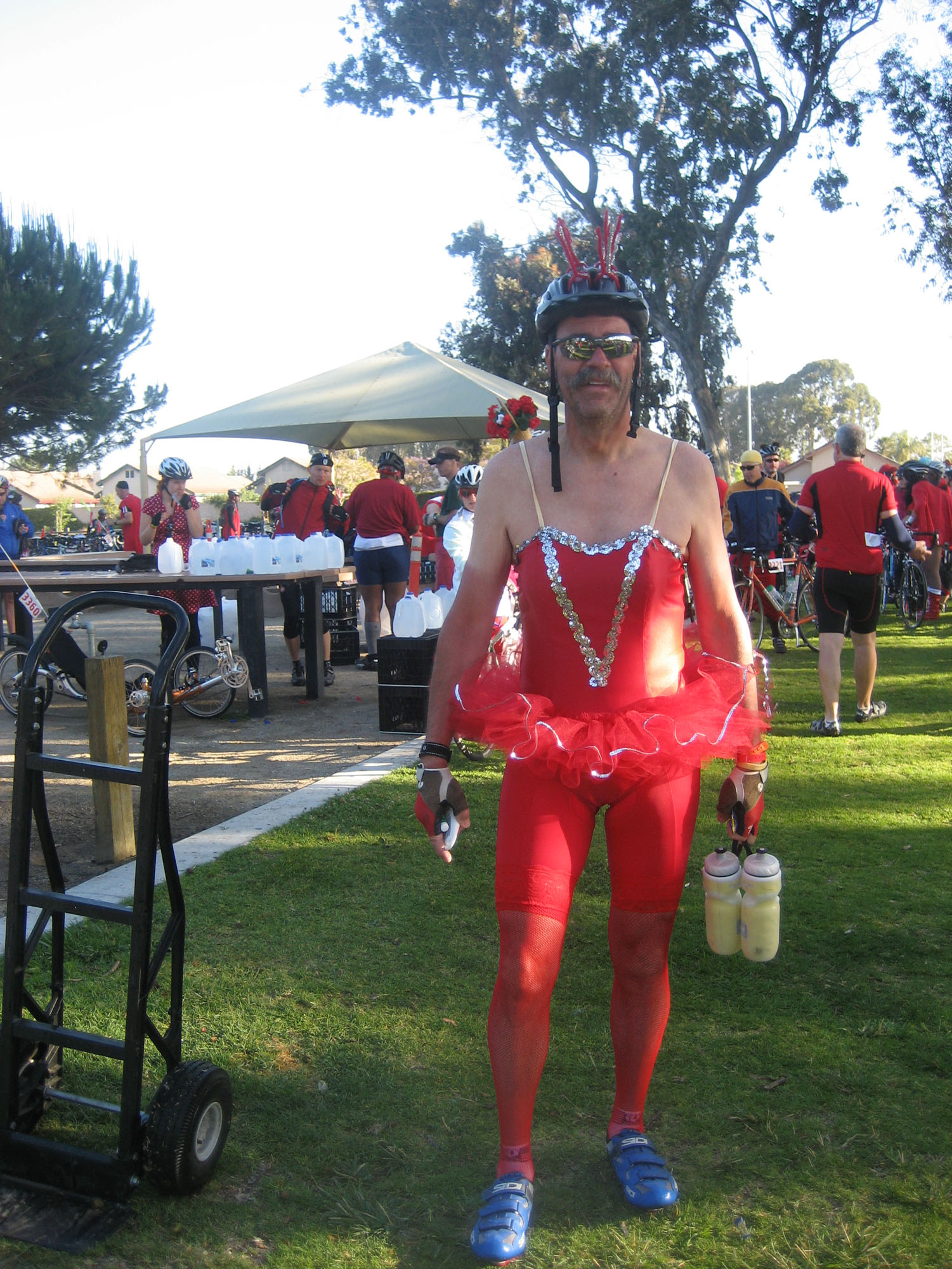 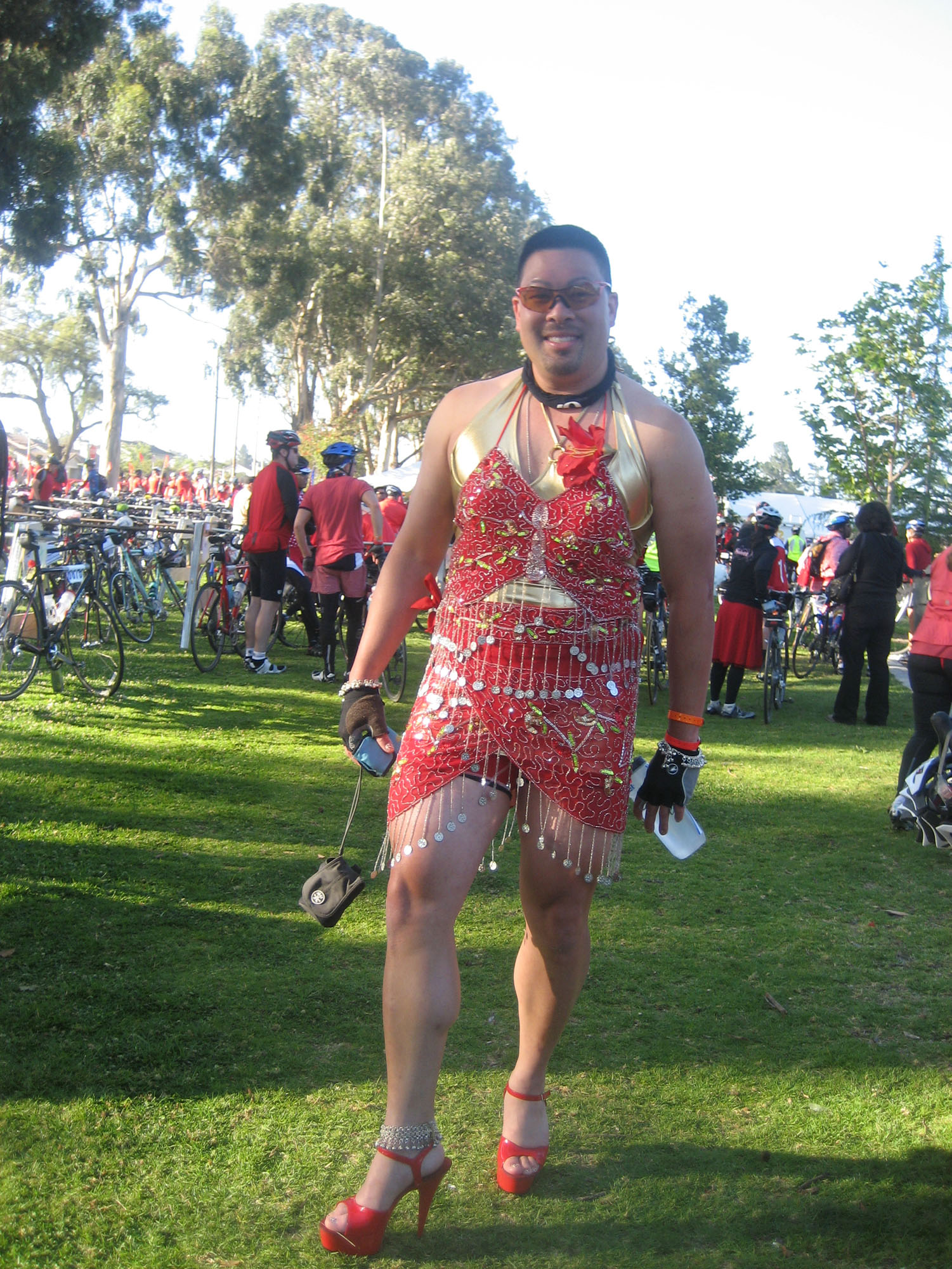 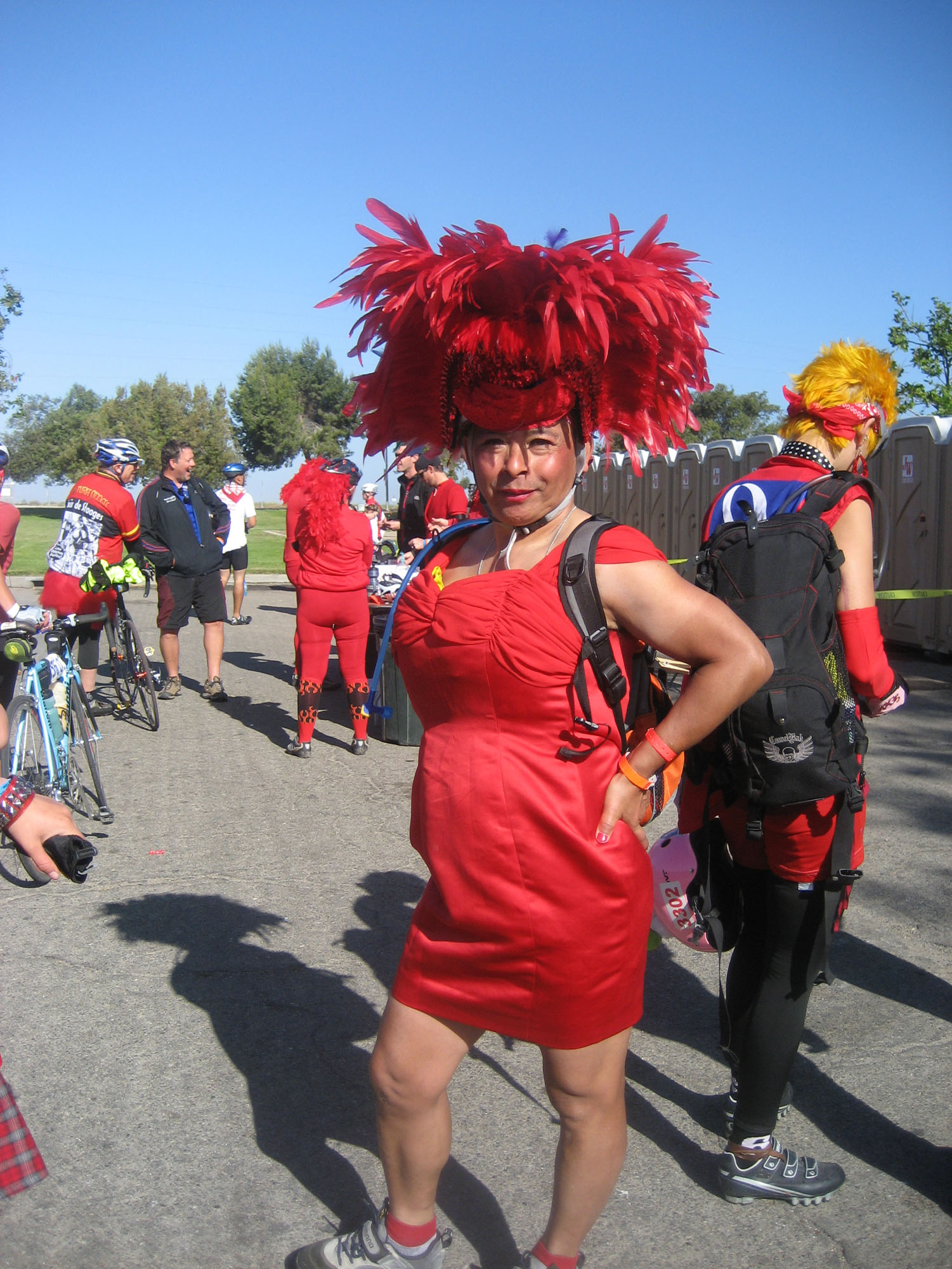 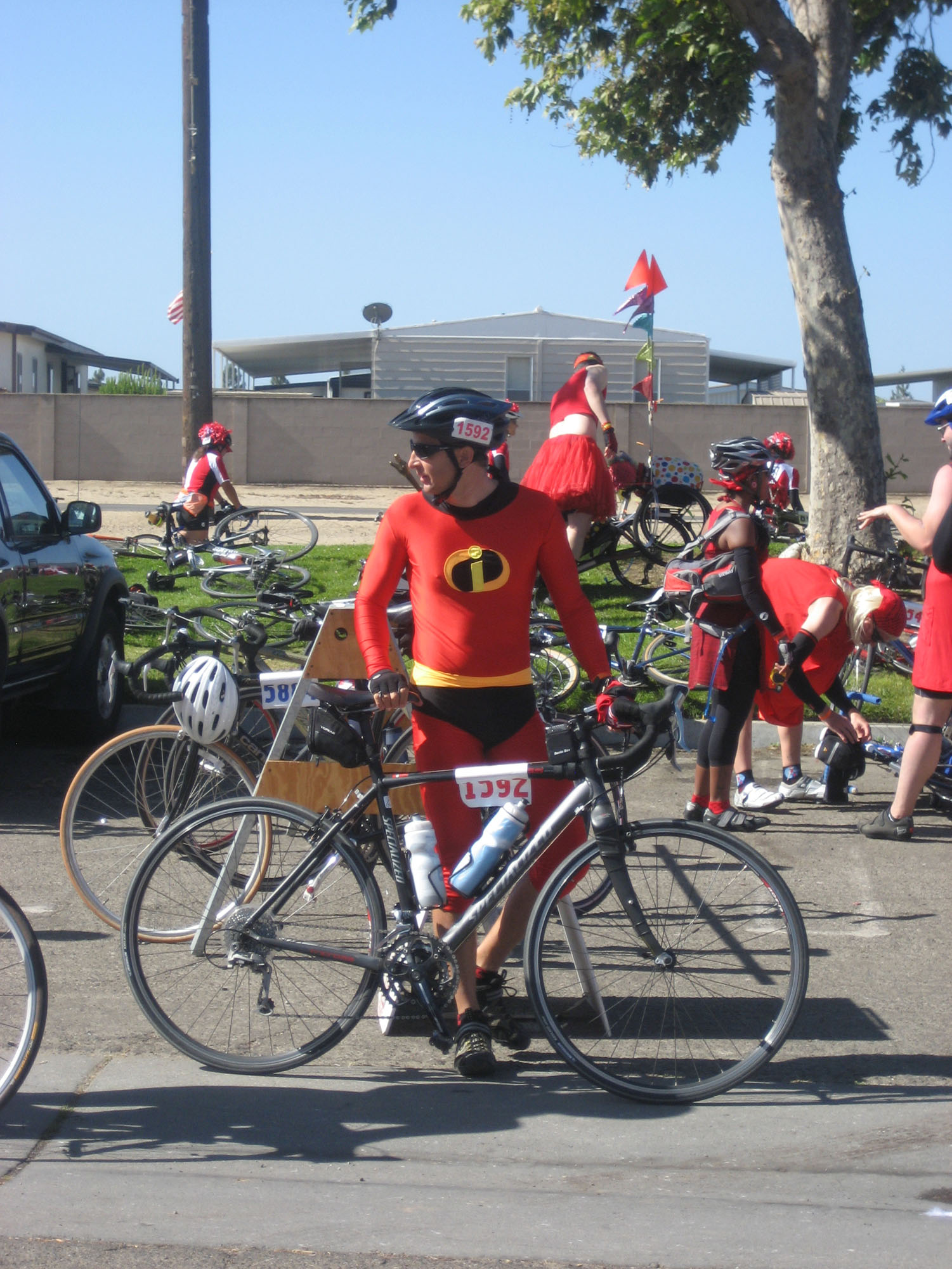 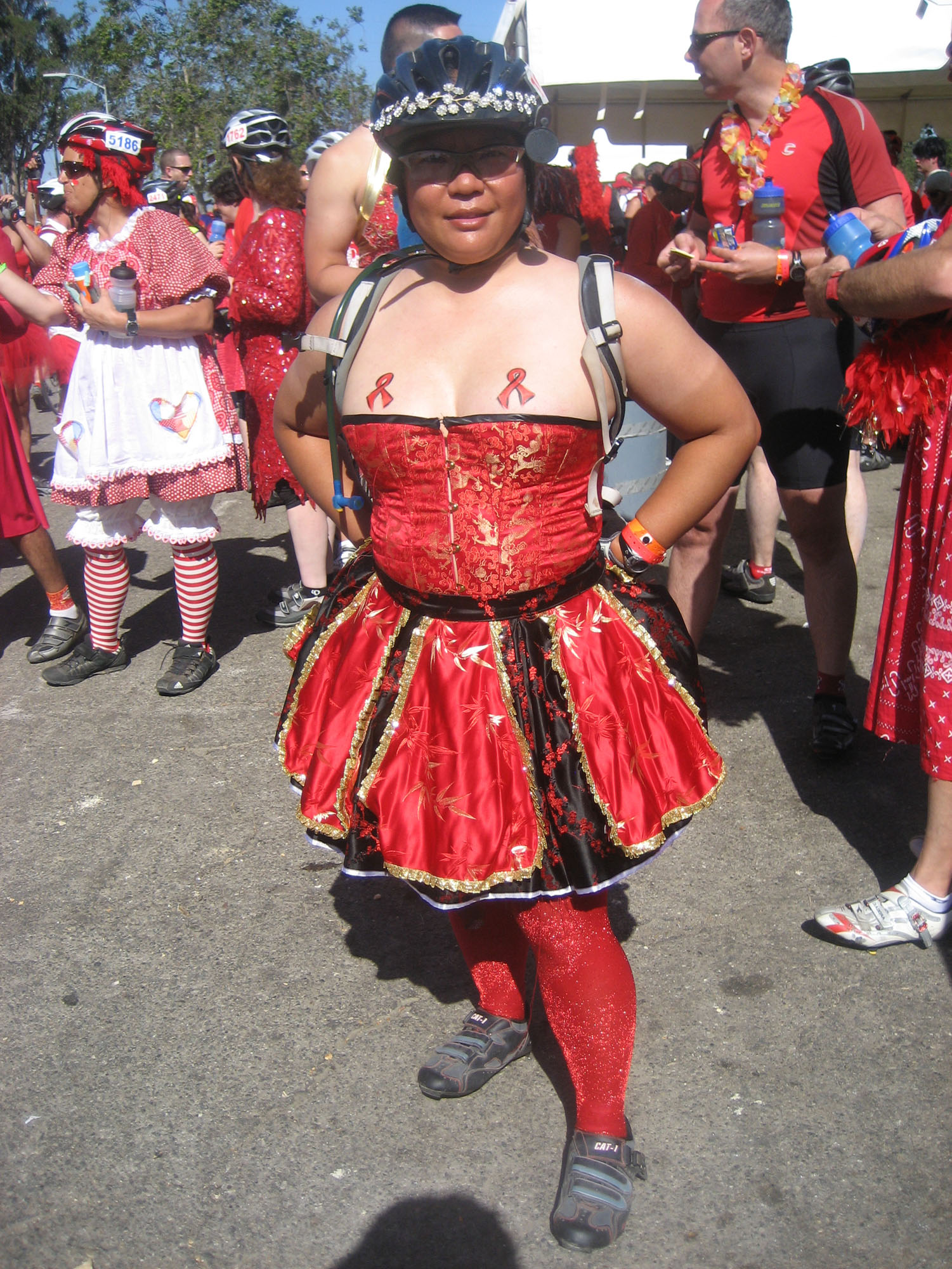 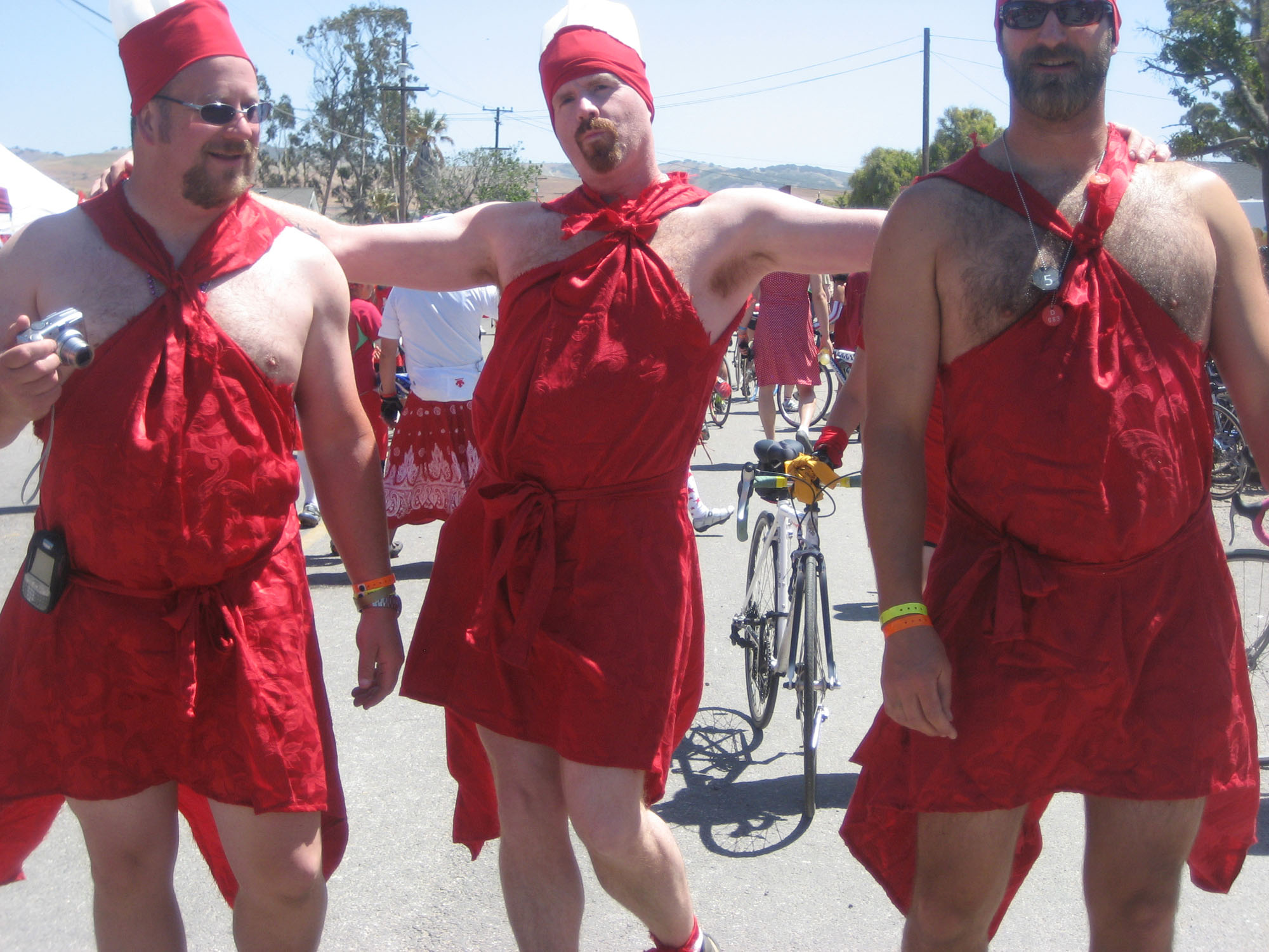 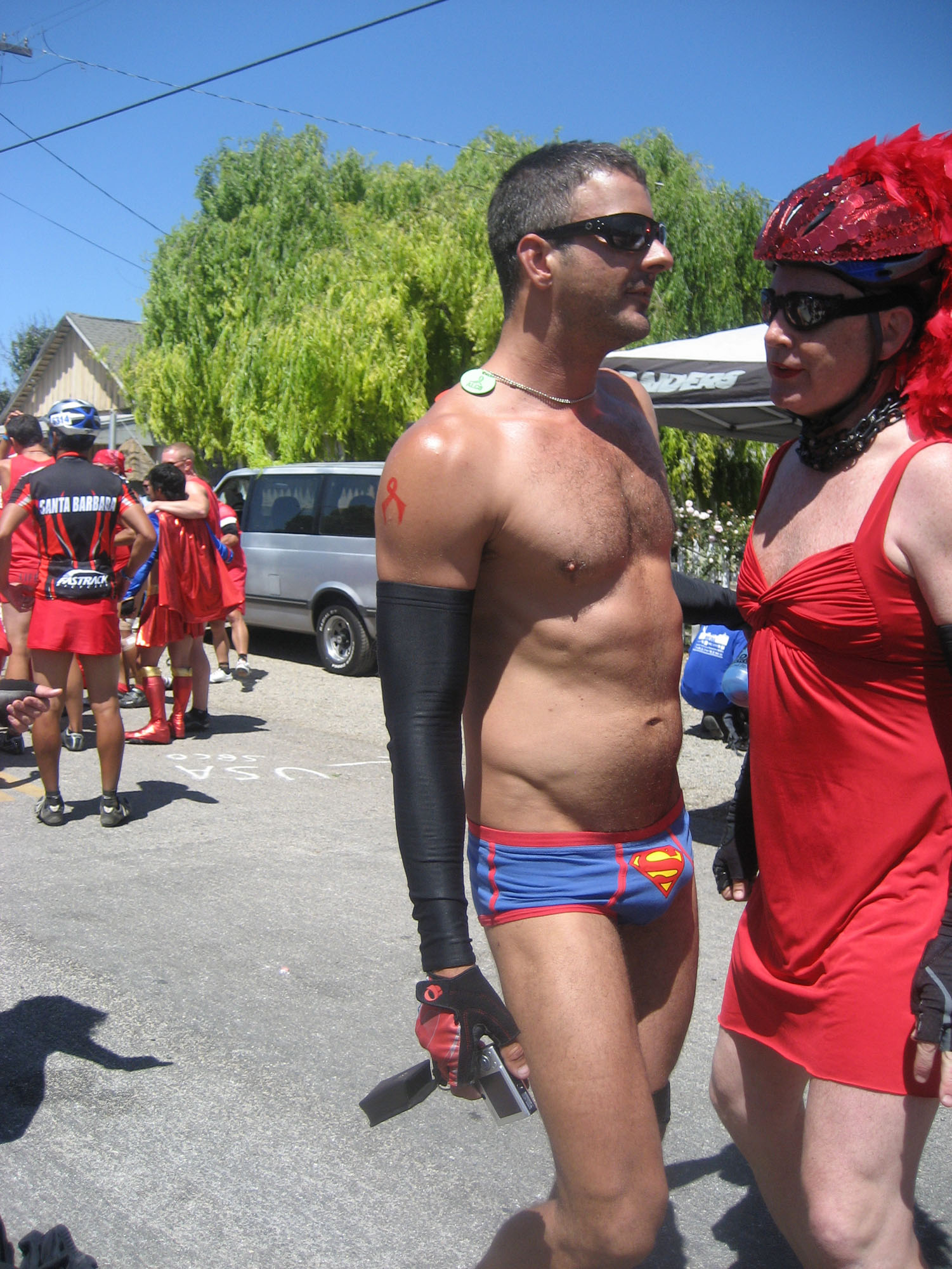 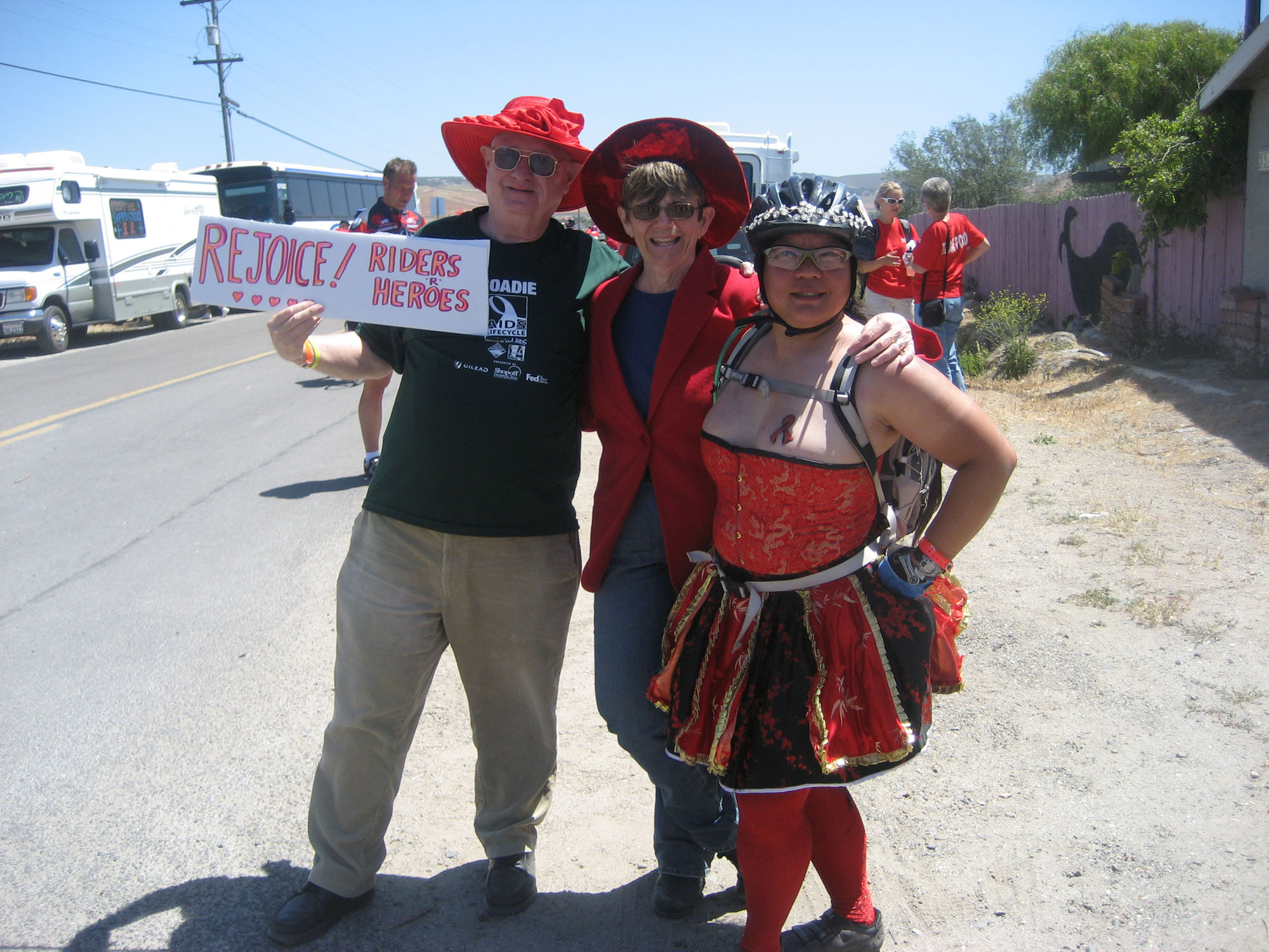 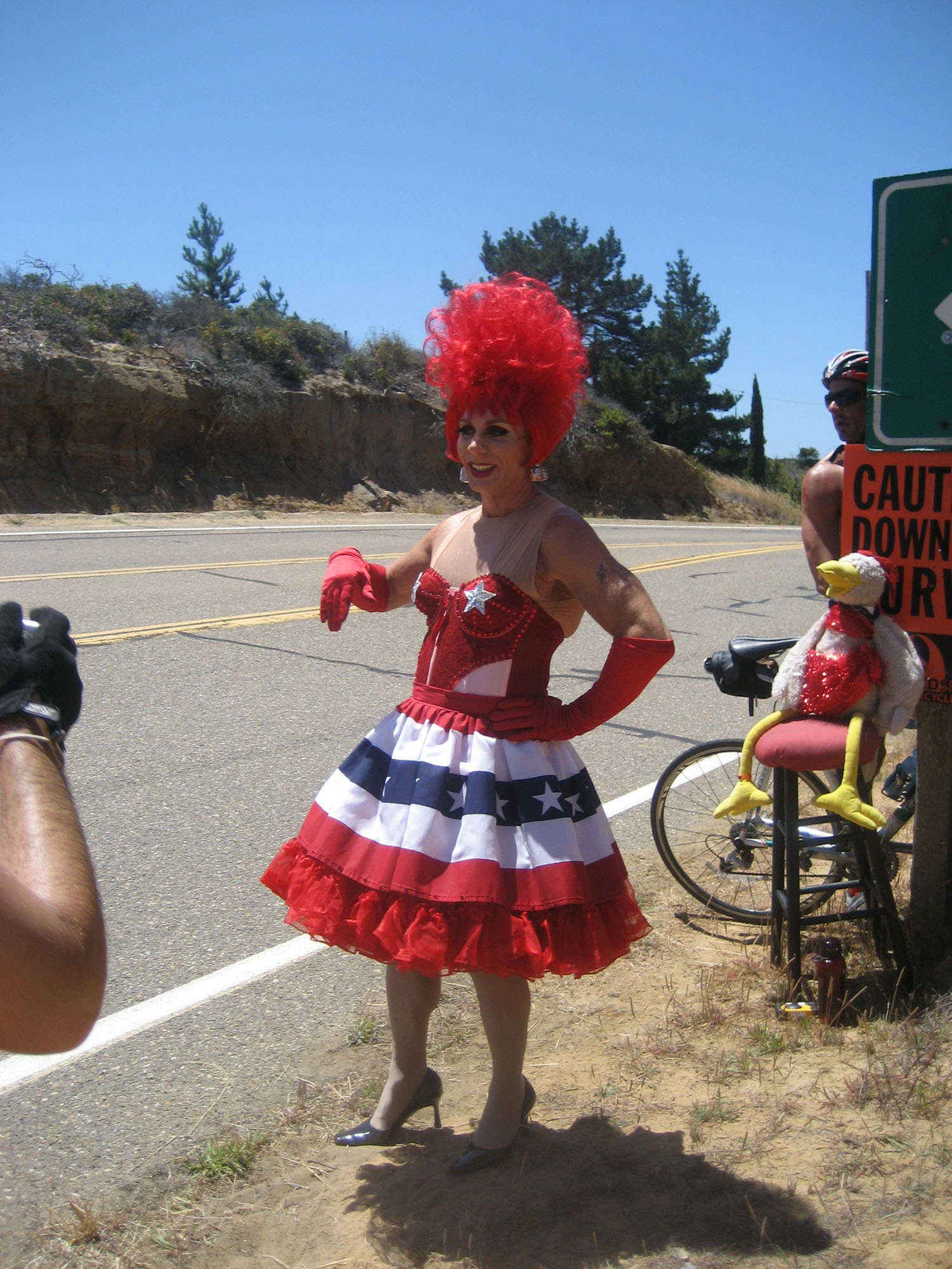 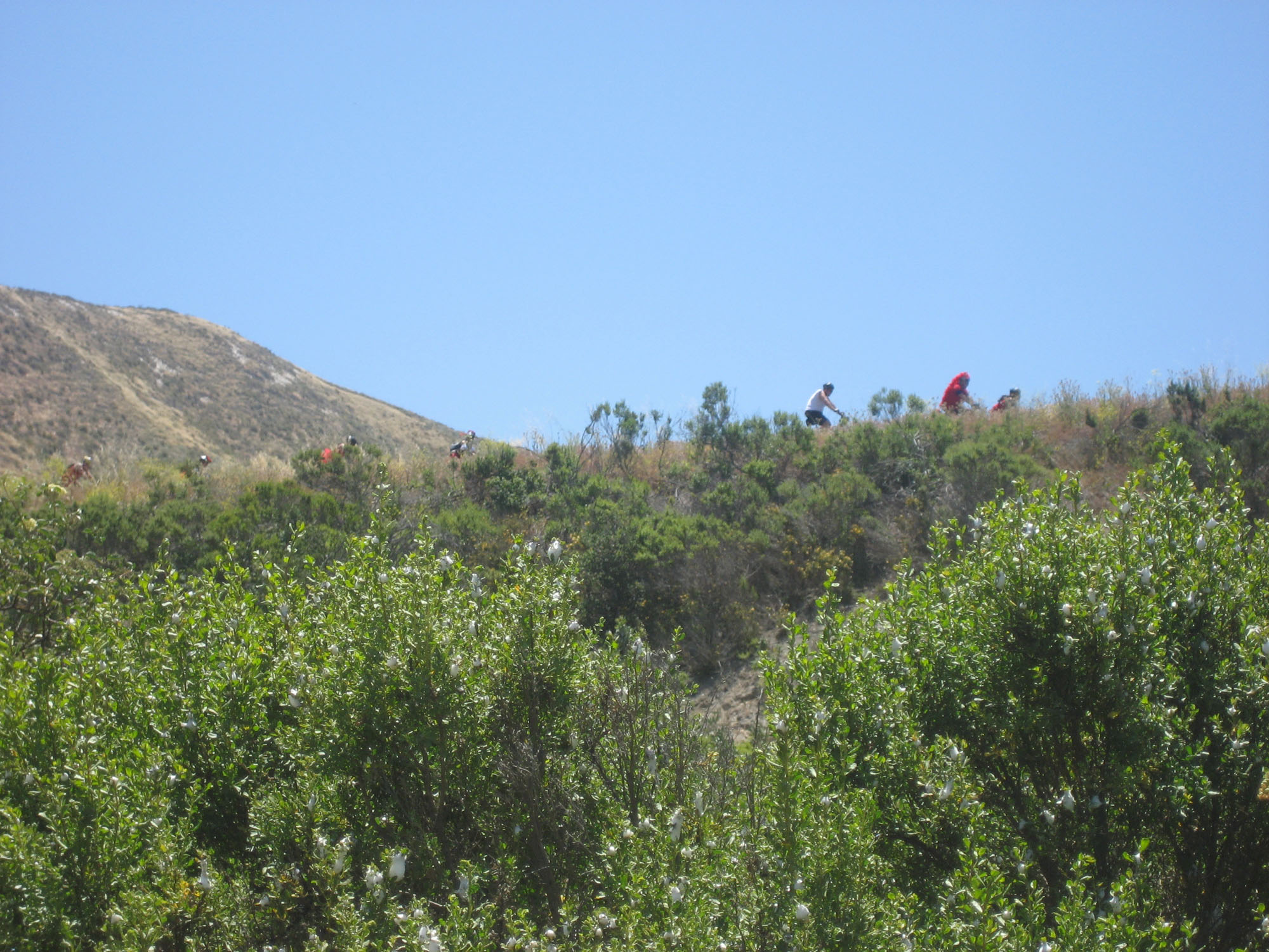 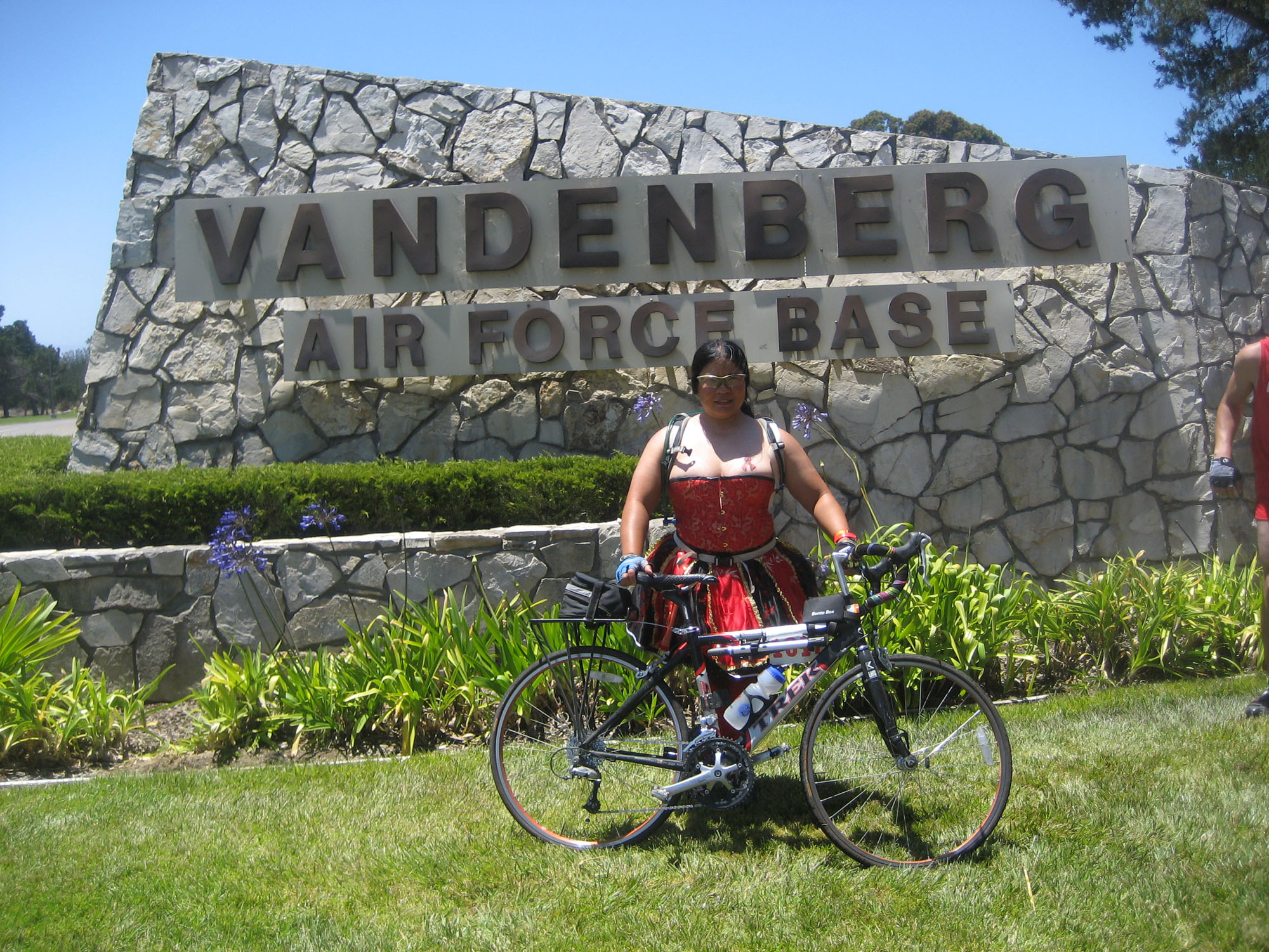 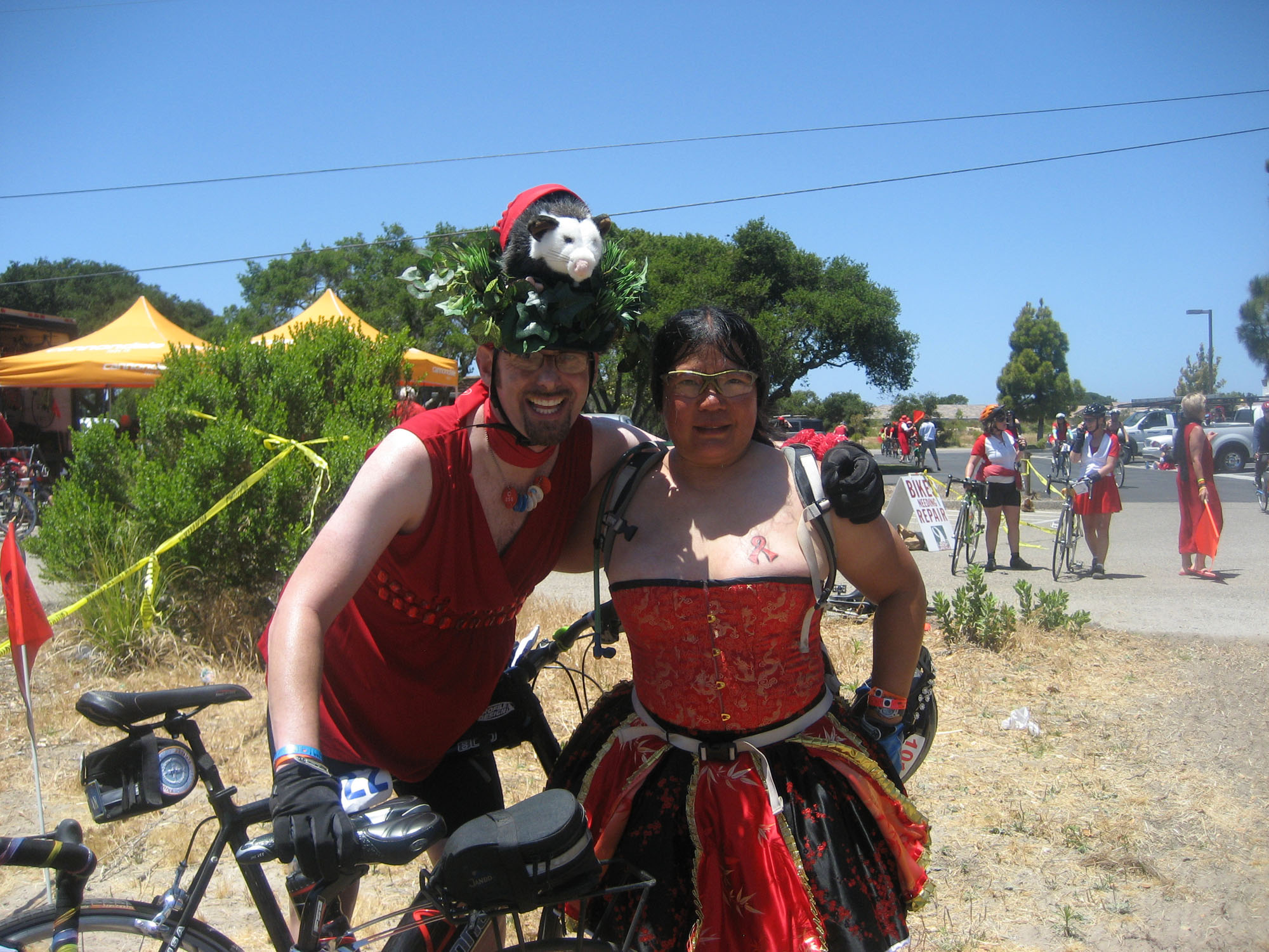 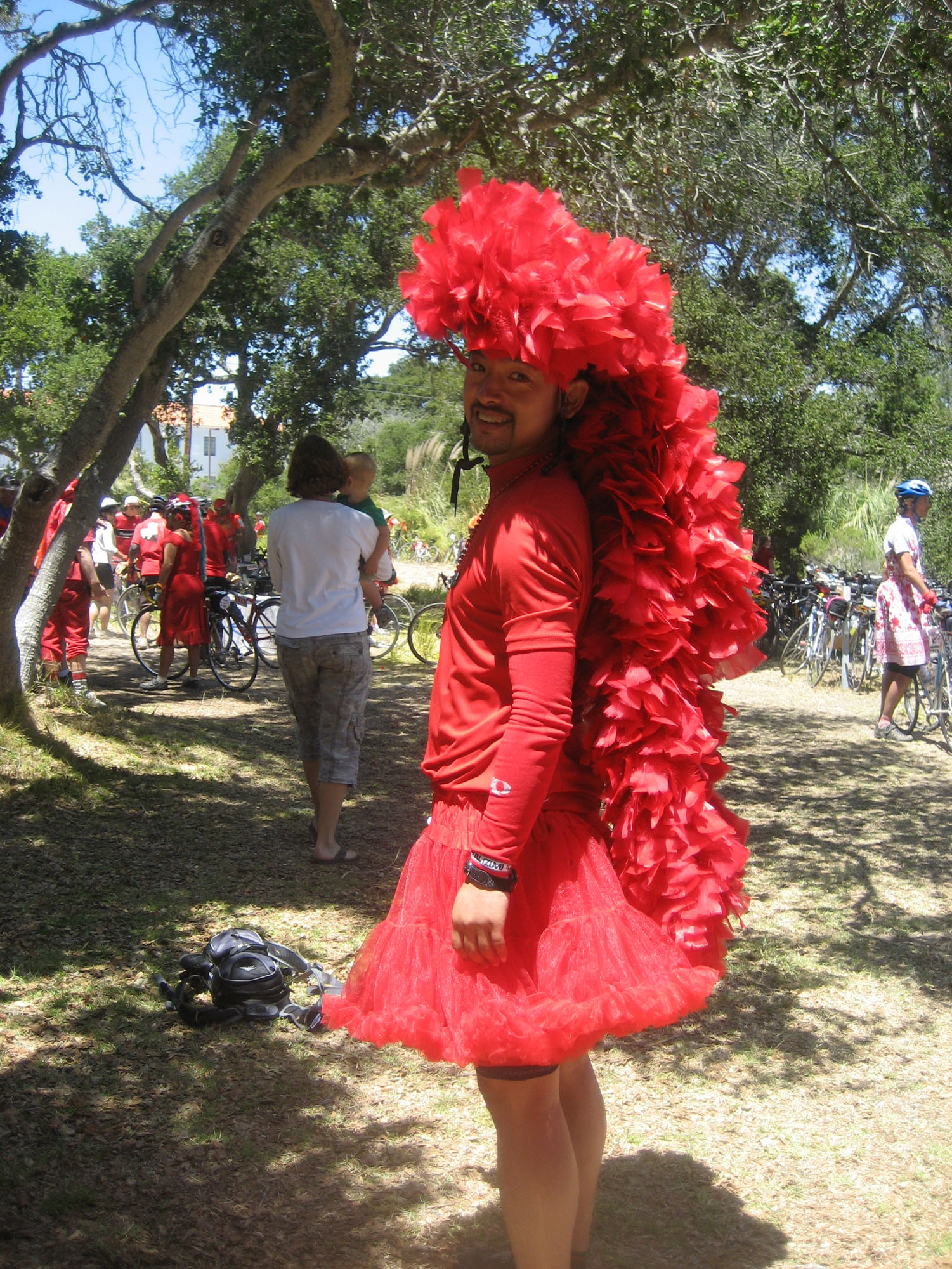 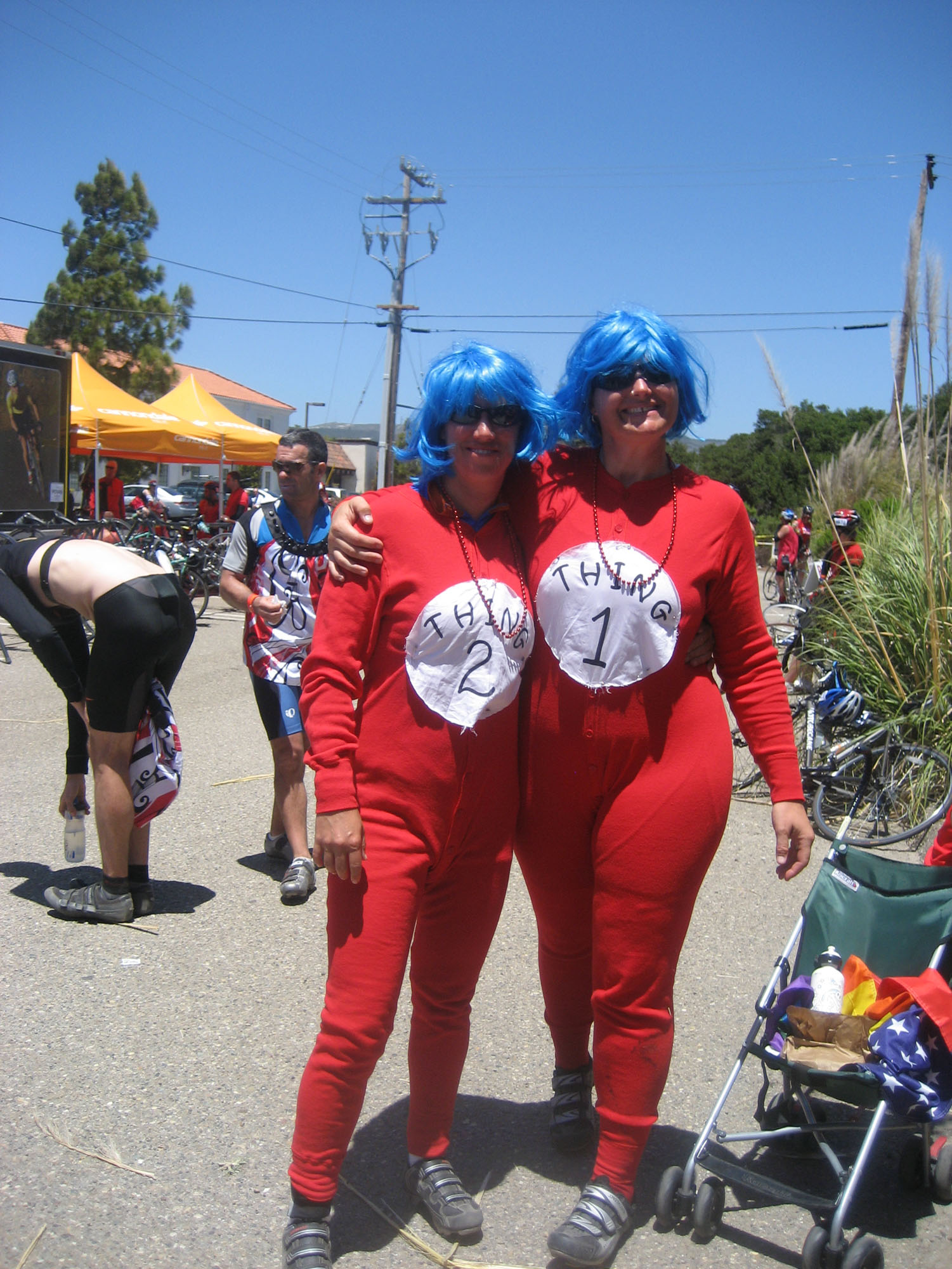